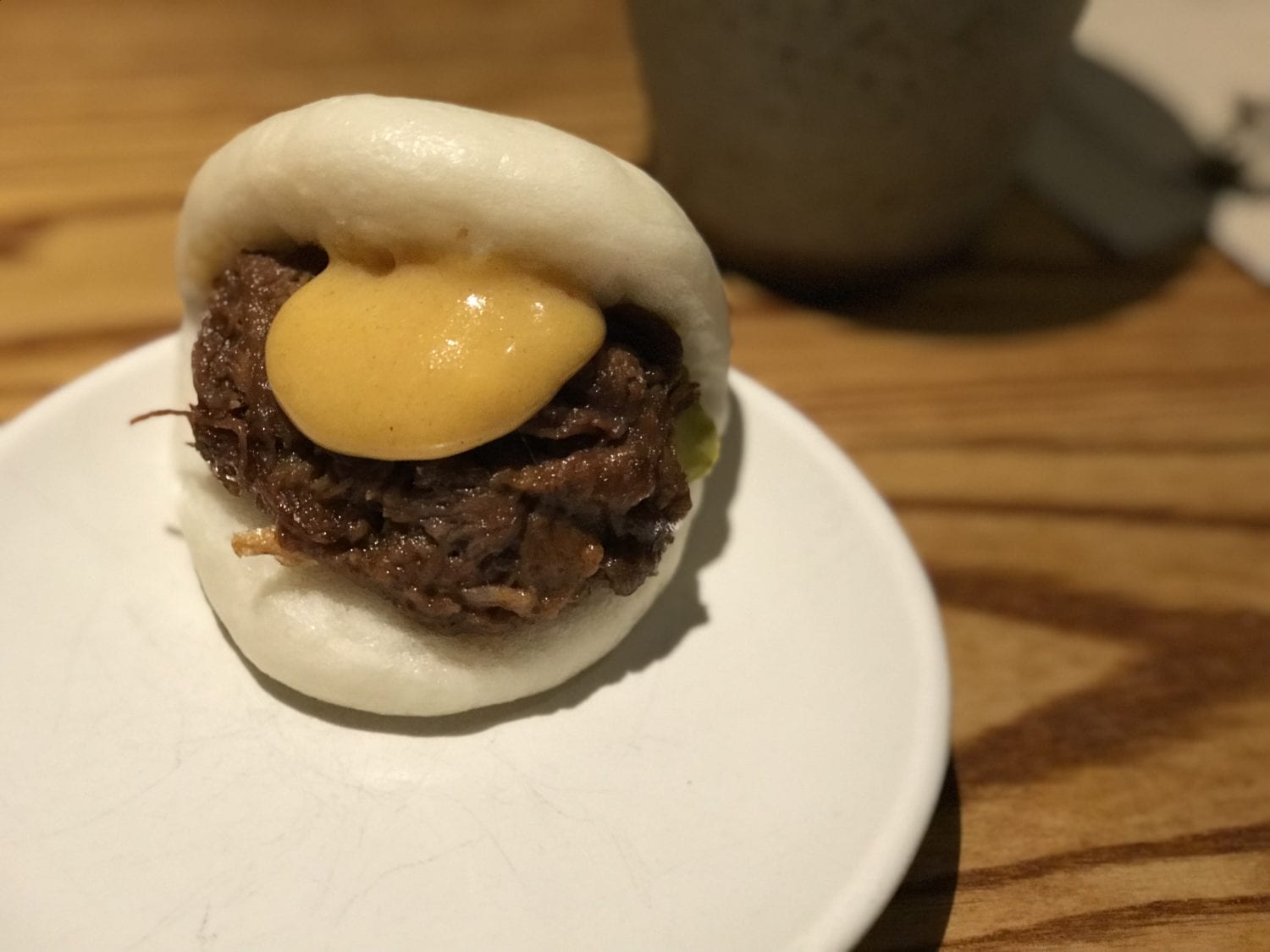 It’s funny how, despite what some will tell you, time doesn’t really exist on a continuum. Ok, maybe it does for scientific purposes but in practicality it exists on many continuums, moving at different paces and speeds. A plurality that exists in the eye of the beholder, to each their own. I’ve never really understood why my ‘long day that never ended’, was the sweaty guy on the tubes’ ‘over in a flash’. And presumably with almost no time for deodorant.

As I get older it seems that time is even more precious and flies by in an instant. So what better way to ensure you make the most of it than going out for food, when you don’t really have time to go ‘out’ for food. But here we are, Friday 5.30pm, a little over an hour before we need to fly off into the night, demanding much-recommended food. I’ve been self-confesed bao enthusiast ever since being introduced to them a few years ago by a flatmate in Shoreditch. (NB. Emma’s description of ‘soft, pillowy buns’ should be turned into a Mills and Boon book). So, understandably, Bao London in Fitzrovia has been on the hitlist for a while.

Side note – I still don’t believe anyone calls it ‘Fitzrovia’. It’s Charlotte Street, just off Tottenham Court Road. I used to work around here and you can’t convince me otherwise. Despite what a man on the street said. Anyway, where was I? Talking about time……? 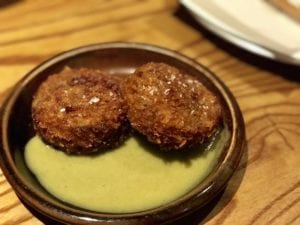 Tendon to My Hunger – Beef Cheek and Tendon Nuggets

So time poor but hunger rich, we arrived bang on time to snag a walk-in table. We were told we could have it till a booking at 7pm, and that’s where the parting of our continuum occurred. Walk-in tables are a tricky balance, particularly in a small and popular venue like Bao London. You want to fill every stool and make your money, but you also want to ensure that people are never rushed. A fine line to tiptoe, for customer and restauranteur.

The upstairs of the restaurant focuses on a large, U-shaped service counter. A horseshoe if you will. For two of you, it does make you feel like your focus is purely on the person you’re with, whilst servers and barmen pace around you. It’s the beginning of the divide. They’re busy and rushed, we’re calmly catching up. We’re left, for a while after the menu is explained. The concept takes little working out (mark the menu with a pencil for what you want) but three people explain it to us anyway.

We’re eventually urged to order. We have been nattering, equally, no one has shown us any attention to order, but order we eventually do. Sadly, despite being one of the first sittings of the evening, the lamb brain hotpot (call me curious) and Xinjiang lamb are both off. Maybe the lamb delivery didn’t come but with only 5 big plates on offer, it is disappointing nonetheless.

Much like a burger place though, you came here for one main thing; Bao. The acolyte beside me, recruited to the cause recently, demands peanuts. The fact that the bao has pork is seemingly incidental. It would seem cruel not to also order the beef shortrib. 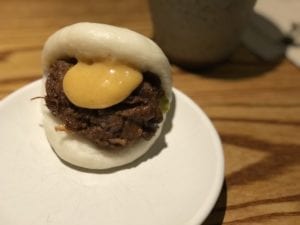 The bao are pillowy for sure. Soft, with a lacquered surface. Describing good bao is one of language’s great challenges because ‘pillowy’ is all that really does justice to the good ones. But the actual bun here is more like a cloud, aimlessly drifting as a device to get food from plate to my face. The pork falls apart and would give anyone with an allergy an anaphylactic shock from across the room. The beef comes falling-to-pieces tender with an egg emulsion perched atop like the sun drawn by a four-year-old. Along with the fermented cucumber, they combined to an almost truffle-like earthiness. Rich and powerful; there’s a long of oompf in such a small handful.

Outside of the titular ‘main event’, fried mushrooms with lovage and chilli dip are underwhelming. Well, underwhelming bar the astringent bite of the lovage which feels like its best use. Beef cheek and tendon nuggets are more successful. Tendon may turn people off (I left the description off of the explanation to my beau – or should that be bao?), but it’s perfect. Soft and almost oozy inside, with a firm and crisp crumb. The dip, pooled around it, could slay Nosferatu with its scent, let alone is taste. We’re ominously reminded that if we want to order anything else, we had better hurry.

The finale is the chilli chicken. Well, at this point it’s nearly the only option of the main plates. It comes innocent enough. Under a shroud of kow choi, camouflaged for a military operation. But it’s the chilli heat that packs the deceptive punch of a sniper. Soft, white chicken flesh, flaking away under crisp fiery skin. The aged white soy sauce is luxurious. Salty and silky, making your mouth water with every slurp. It’s a great main dish, but at £16 its heat isn’t the only thing that’s maybe a little punchy. 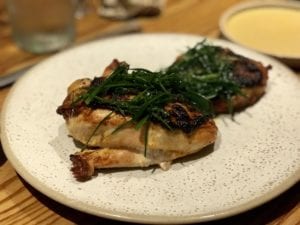 The covert heat is too much for some but, for all the rush and time pressure for the table, it is almost impossible to flag a server. We sift through the remainder of the bird, well, I do mainly. Eventually, the wine arrives when the plates are cleared. It’s 6:50pm and we can already feel the glare of the servers. It’s ok, we understand that this was the decree laid down, but when you’ve taken 20 minutes to order a beer whilst waiters bypass you, it’s tough to swallow.

Maybe I’d forgive, maybe. But converging timelines again impact. A quick trip to the bathroom for one, results in me being asked to give up my chair and stand in the tight confines and be pushed past. It’s difficult to think that leaving someone for one more moment would impact the cosmos too heavily.

Look, Bao London is good. Some of the food is even great. But you shouldn’t have to feel like you’re lucky for dining somewhere. It comes with the highest of recommendations, but it’s honestly difficult not to compare it to the infinitely better (and cheaper) Mr Bao in Peckham. This isn’t food that’s designed for London prices, or London service or the overheads for that matter. This is food to savour, with another drink or two, with friends, and with time.

The bao at, well, Bao London are great and the rest of the menu definitely has its highlights too. However, the ever-changing pace of service, from rushing you out to unavailable-to-order, is frustrating when this works best as a slick operation. Definitely worth a visit if you want a central London Bao fix, but pricier than better offerings at Mr Bao in Peckham or the Korean-twist offered by On The Bab. 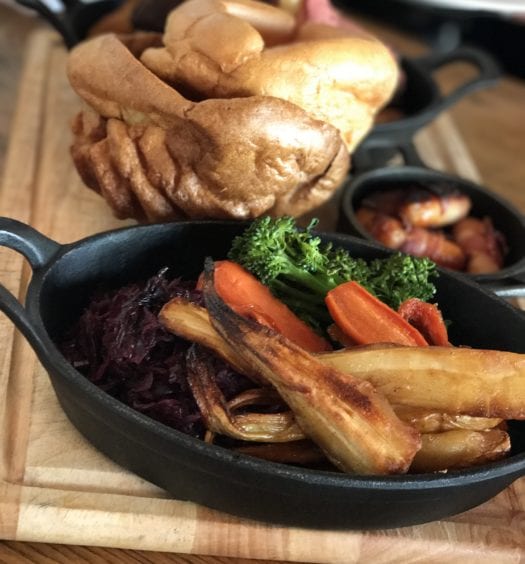 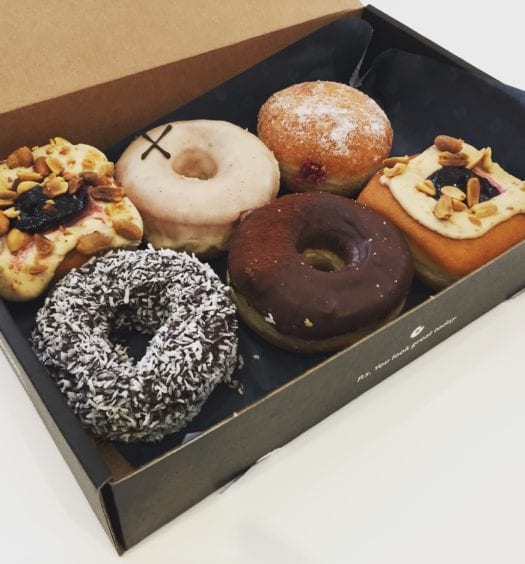