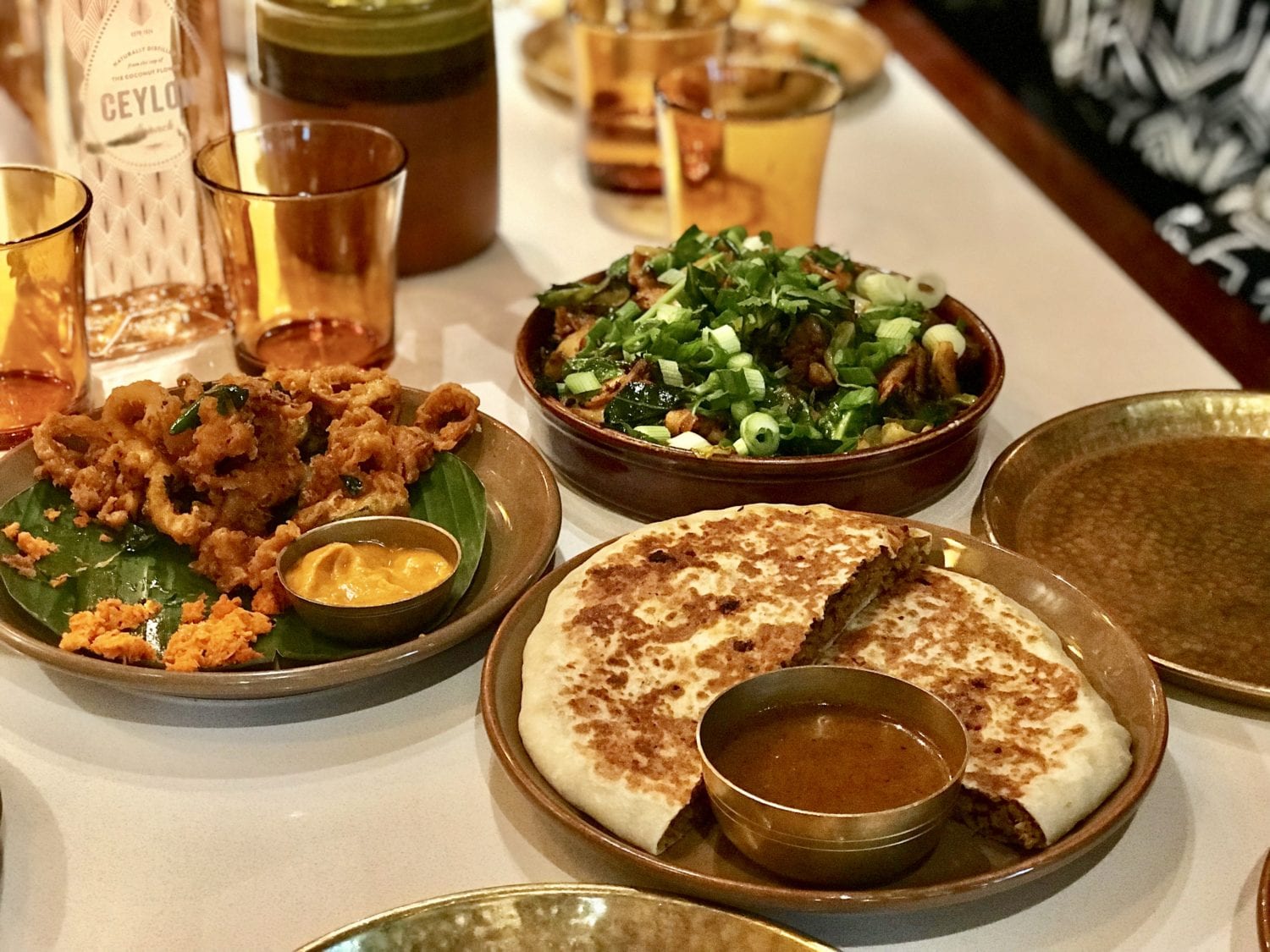 How old were you when you first realised that elephants were actually real?

Largely, adulthood comes with the consciousness that things you believed in when you were younger, actually aren’t real. Santa Claus; the Tooth Fairy; Professional Wrestling; Love. Ok, well maybe not that last one, but it’s still pretty bleak out there. So imagine discovering that Babar the elephant is real. Well, not the cartoon elephant specifically but that the crazy looking, giant animals with big ears and tusks walk around in the real world.

For me, I’ll always remember that amazement. We were friends with a Sri Lankan family when I was younger who went back to visit in summer time. The specific moment was Mark showing me a holiday snap of him next to a Sri Lankan elephant. From that instance, 6-year-old Dan had to go. Since that day, Sri Lanka has been way up the travel list.

This summer, I’m finally going (watch this space for reviews!). But I’ve always been impatient, so when waiting to go to Sri Lanka, why not bring Sri Lanka to you? So, for now, I decided to go to another one on the hitlist – Hoppers Soho. 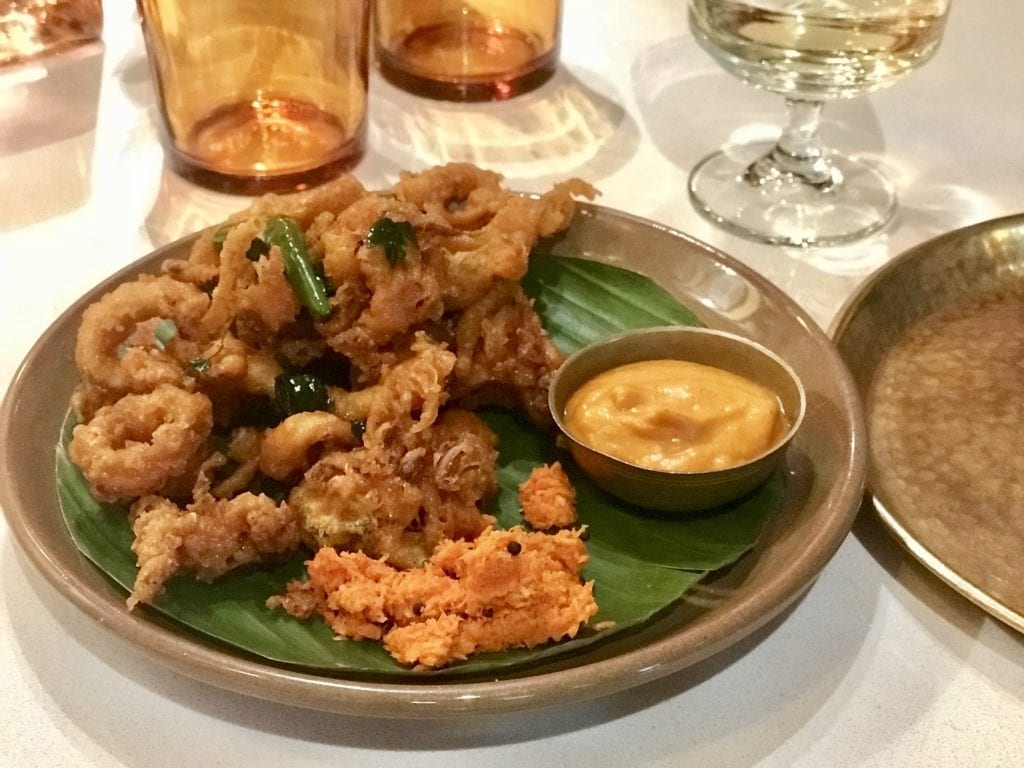 Hoppers Soho is nestled next door to legendary London jazz club, Ronnie Scotts. You’ll notice it by the queue forming at the door. It seems dosas and hoppers are quite popular and the waitlist fills up fast. If you want to be certain, their newly opened St Christopher’s Place restaurant does take bookings in advance. But queue we did and, not to spoil anything, boy was it worth the short wait.

A small but radiant little restaurant greets you. A combination of gold, wood, and a lick of paint that rest somewhere between amber and American school bus yellow, give the place a warmth that doesn’t fade till you leave.

You’ll welcome that friendly glow from the staff as well because, unless you’re familiar with Sri Lankan food, they and the glossary come in handy. I can tell you what a dosa or hopper is, but the mix of ‘seeni’, ‘pol’ and ‘kothu’ were a challenge even for me. 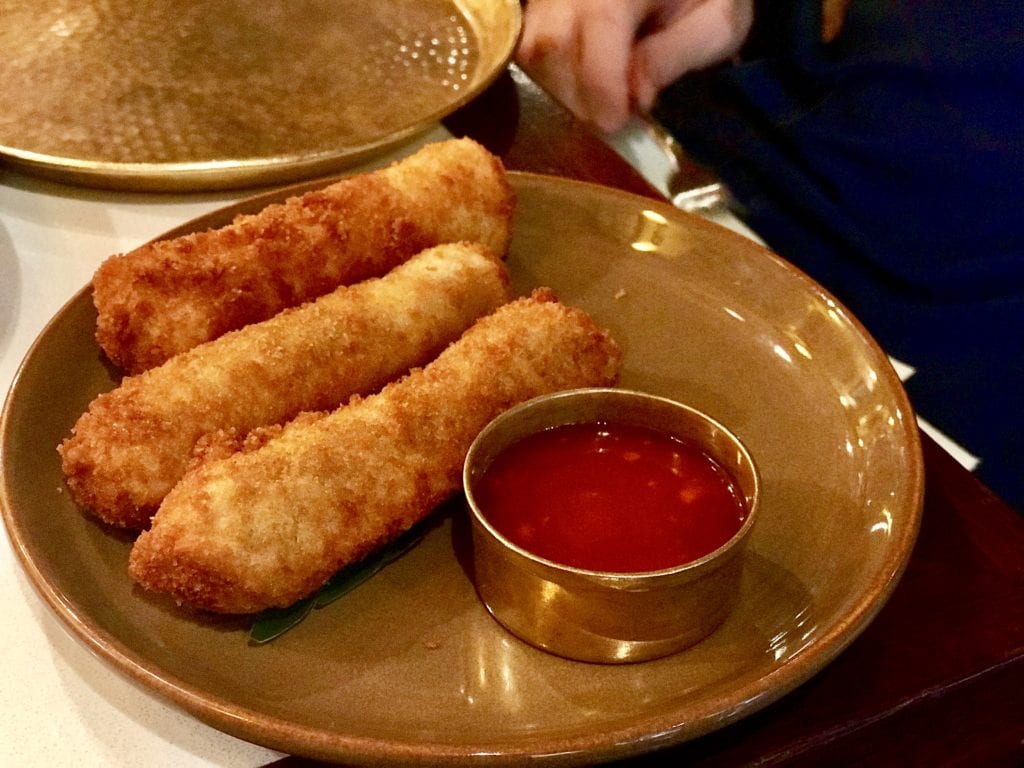 They See Me Rollin’ – Mutton Rolls

Mutton rolls appear as giant, golden fingers of soft, spiced mutton, wrapped in a pillow of dough. A warming but sweet dip adds a little fire to the chubby bundles. The calamari are crisp, potentially too much batter to fish, but they’re saved by the chemmeen podi. It’s a shred of shrimp powder, red chili, and coconut providing a vibrant seasoning to the squid, like a Sri Lankan gremolata.

Goat roti comes in an almost unexpected format (well, to me at least). A toasted, almost gummy roti bread is stuffed beyond full of a subtle goat mince that builds when paired with the near gravy rasa dip. Surprising uses of roti are obviously the order of the day as we also receive an education on kothu roti. A generous bowl inauspiciously covered in parsley and spring onions. Underneath is a jumble of rich chunks of lamb fried with egg and flat strips of roti. Between the eggs and the spiced gravy, the roti becomes like noodles or tagliatelle, with a satisfying chew. It’s infinitely devour-able. Like good pasta you eat fast to trick your mind that you’re not getting full.

As with all good family occasions, this is sharing style, making for a rapid succession of dishes. The nominal starters are quickly followed by a platter carrying a Dosa and Kari to 3 rather full diners. It doesn’t matter, short work is made. The dosa is crisp, like the edges of a crepe, filled with potato, chickpea, and cashews. Dipped into a cooling coriander chutney or smeared with a pol sambol (coconut). It’s the perfect counter to an earthy and sticky black pork curry. The rich pork fat makes the spices coat the roof of your mouth, giving meat falling apart on your tongue. The small bowl packs a ton of flavour. 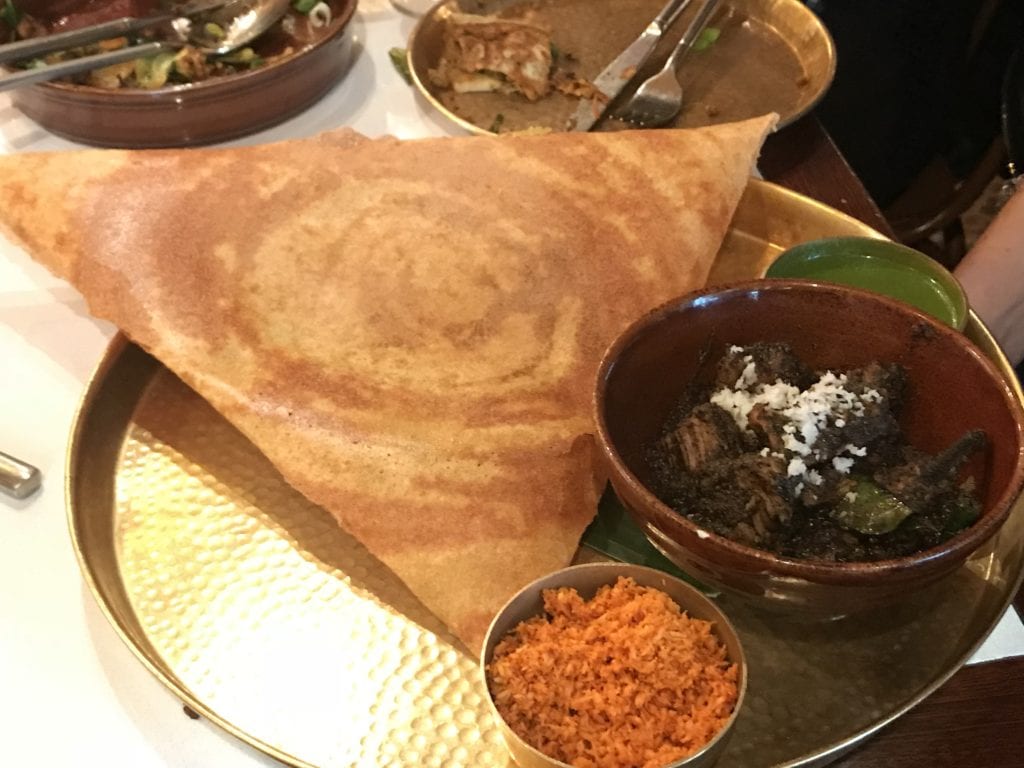 Our waitress is from Sri Lanka and smiles knowingly at the mention of our trip. She smiles again as she glances across at our empty plates. It’s difficult to not think she’s stifling a  ‘yeah, everyone enjoys it here’. At under £90 for three with tip and drinks, it’s difficult to find a way anyone wouldn’t.

Unfortunately, we didn’t find any elephants in Soho. Alas, we will have to wait to fulfill my childhood dreams in orphanages in Sirigaya or Yala come August. What we found instead was some beautiful and creative cooking, ideal for a quick catch up or a long graze. Strolling out towards Ronnie Scotts, Hoppers Soho is a little ray of sunshine and adventure inserted in the middle of Central London.

In the heart of Soho, Hoppers is a Central London gem and the reason for the queues at 17:30 sharp are justified. The food is brilliant, from creative small plates to accompany a beer or cocktail, to hearty larger offerings of curries and hoppers. Clocking in under £90 for 3 with drinks, Hoppers is a must visit. 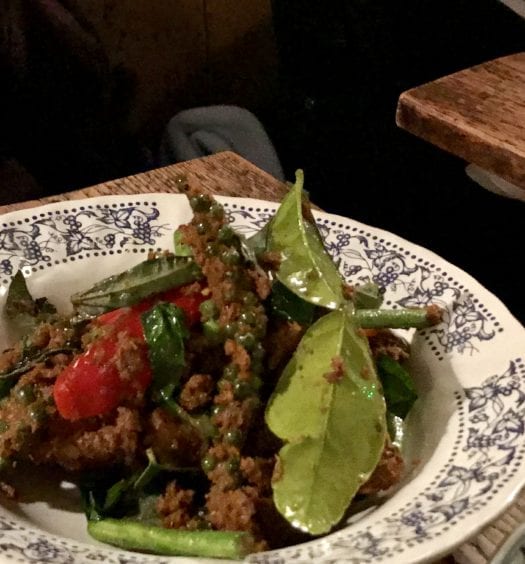 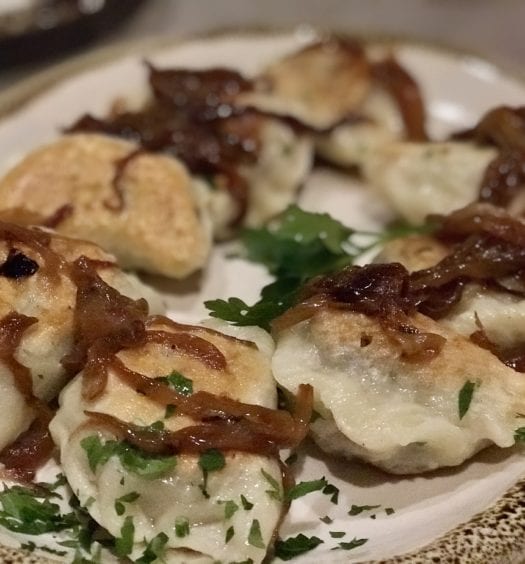