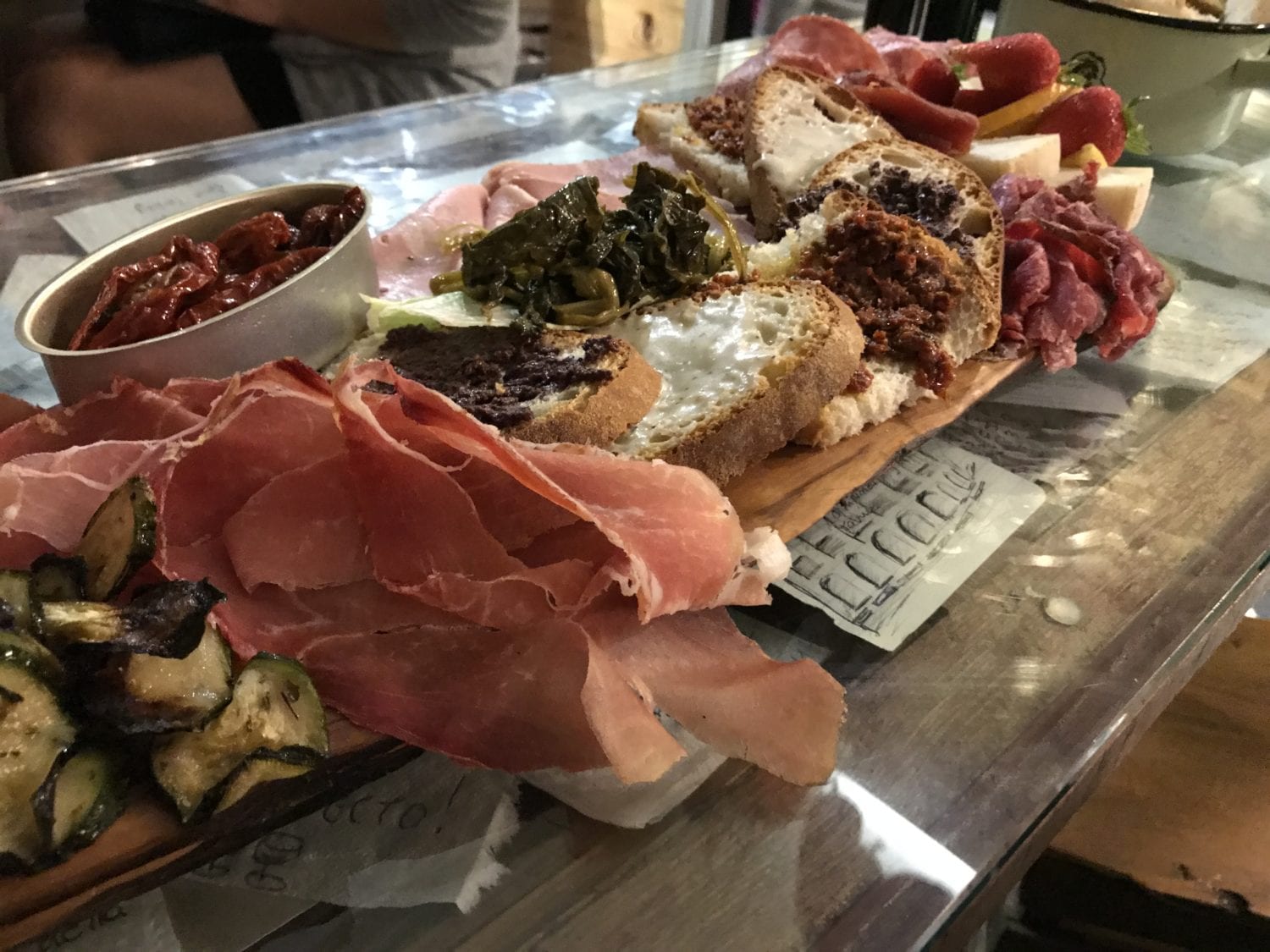 Meat and Greet (and Cheese)

For the Italians, red wine and cured meat might just be a way of life. For my Dad, he’s certainly giving it his best shot. My latest trip to Rome has featured probably more than our fair share of both. When you’ve already spent the day cooking every Italian staple from ravioli to pannacotta, maybe a ‘lighter’ evening meal is called for. Luckily we had already done our scouting. Having stumbled across La Prosciutteria the night before in Trastevere, I sensed it was going to be hard to divert us from another visit.

Through the cobbled alcoves of Trastevere, hidden gems nestle on every street. It might be between a street seller peddling selfie sticks and a newsagent. Or maybe in the shadow of a Michelin-starred foodie destination, but there are surprises to uncover on each. This unassuming version of the La Prosciutteria, which has several others across Italy, certainly fits the bill. You can tell that by the buzz of the gathered throngs of people packing it out all night at the weekends.

In essence, it’s a typical, old Roman deli. There’s a large cabinet counter displaying cured meats and wheels of cheese. A till at one end and a window to order their popular sandwiches to-go at the other. The narrow corridor is then filled out with several bench tables to huddle around with your bottle of wine. Get cozy, share stories and eye up others choices from the counter. 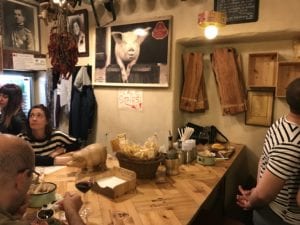 Share a Chair – Relaxed, shared seating is the order of the day

In the Roman way, it is friendly but slightly chaotic.You can, however, while away the wait for a seat to become free with a selection from their extensive wine list. Unfortunately, the rather incredible bottle of Ripasso over which we hatched this plan in the window the night before, was now all gone. The cheerful alternate recommendation was fortunately as good. Equally cheerfully, we made it through two more.

Although La Prosciutteria does a pretty decent looking line of sandwiches and toasties to take away, there’s only really one option here: the planks. Coming in various different sizes, these wooden smorgasbords come laden with a range of their cured meats, some bruschetta, and some fresh fruit. Small boards can be picked up for 10 Euro, ranging up to the large dinner board to share that comes in at 30 Euro.

At 15 Euro a head, we obviously selected the latter. Having taken a shine to our wine choices, we asked the guy at the till if we could go less heavy on the fruit and add some of the huge joint of Porchetta. He duly obliged with a knowing wink. 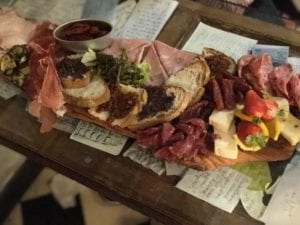 Walk the Plank – Because you can never have too many angles on meat…..

If you haven’t tried Porchetta before, it really is an Italian, and Roman, institution. They take a large cut of belly and loin pork and debone it. It’s then rolled in herbs (usually fennel and rosemary) and garlic. The whole thing is then spit-roasted to render all of the fat down and absorb the flavours of the herbs and seasoning. With a slice of fresh bread, it’s pretty much the perfect carnivore’s delight.

Our plank gets ceremoniously placed between our ever decreasing glasses of red. It seems an impossible task for two men to tackle. Aside from the glorious Porchetta, there’s also a wonderfully salty and wafer-thin Parma ham. A cured beef is similar to Bresaola but less dry and a flavourful Mortadella that is far removed from the watery UK equivalent. The board is finished with bruschettas with Olive tapenade and spinach & soft cheese and another Roman staple, Pecorino. Crusty bread comes to accompany but there’s very little need for it apart from gluttony.

We sit back and chat. Watching the Rome nightlife come and go around us, slowly picking our way through the various different meats. As people watching goes, it’s probably one of the finer spots I’ve been to in Rome. Despite how busy it is, there’s no rush to finish, which is useful given the mountain of food. Instead, we sink well past the hour mark and add another empty wine bottle to the table.

Break bread with friends and drink in an extensive wine list

What La Prosciutteria focus on is incredibly well defined and they have it down to a fine art. An extensive selection of meats, cheeses, and wines showing off the best of Rome’s (and the rest of Italy’s) produce. 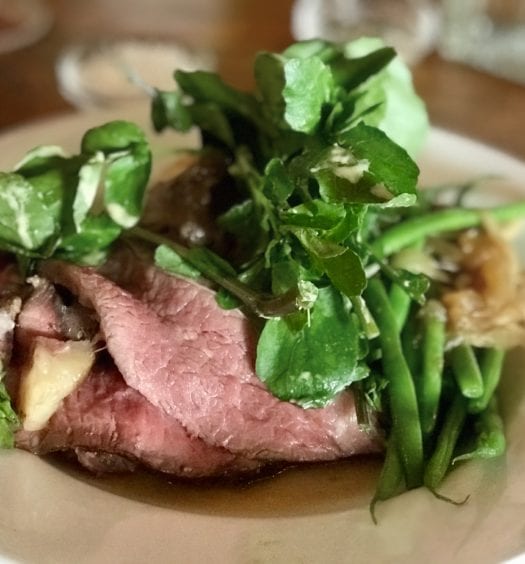 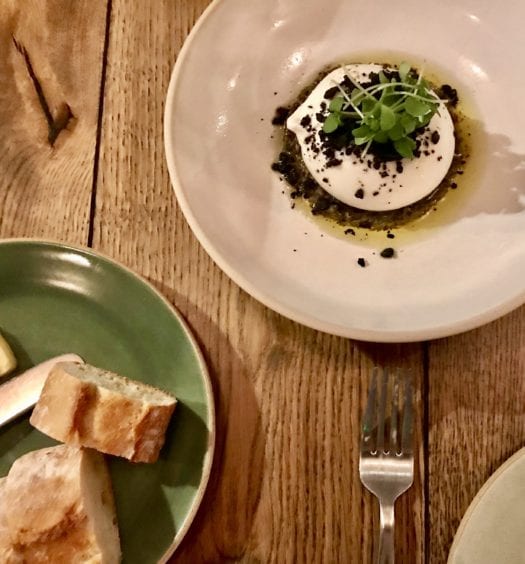