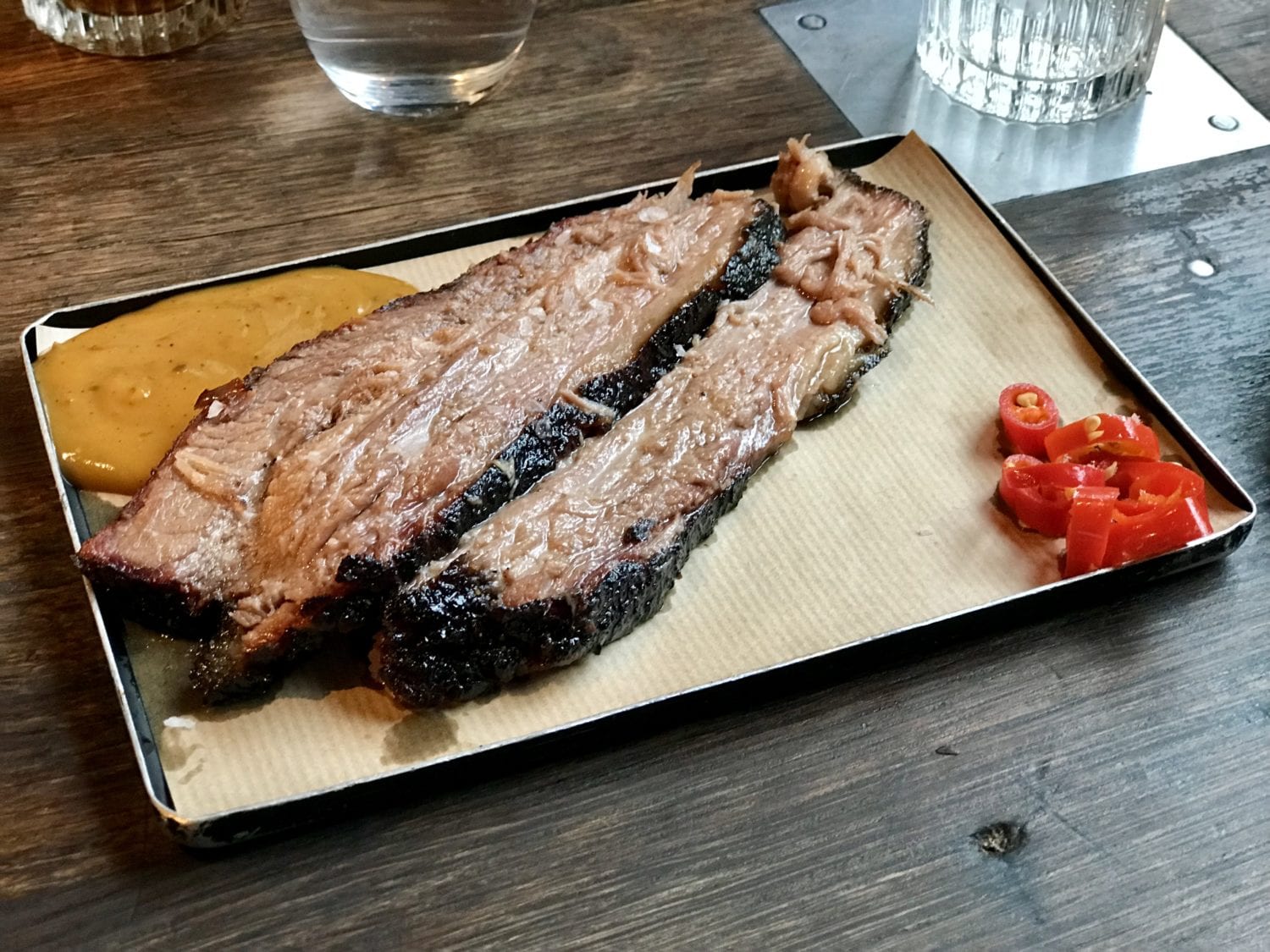 We spent most of last year being told ‘Winter is Coming’. With the last few weeks bitter blizzards of ‘the Beast from the East‘, it has now well and truly outstayed its welcome. Howling winds and snow-blanketed streets have seen me falling on my arse more than once. If there’s one thing that sub-zero conditions are good for though, it’s seeking shelter by an open fire. Luckily open grills are ‘in’ this season, and Smokestak in Shoreditch has got your winter blues covered.

It’s for this reason, we find ourselves confronted by large, wooden doors. Ominously looking like the gates to a castle in Narnia. Rosey cheeks and numb fingers from wandering the streets of East London, eager to return to our usual hue. The door is heavy and light on signage, or we might just be weakened. Either way, as you open them, a waft of smoke and meat lets you know you’re in the right place.

Smokestak is a flag in the ground that US BBQ refinement has washed ashore. Sure, London has long had a love of the gratuitous plates of meat found at the likes of Big Easy and Bodeans. What hasn’t quite been replicated is NYC’s ‘fine-tuning’ of the food of Texas and Kansas et al. Eater recently caught some flak for an article on just this. Decrying that NYC had a BBQ culture with a photo of a meagre tray of a piece or two of meat. Texan’s were up in arms.

It’s not that the southern-style smorgasbords of pork aren’t welcomed. It’s just there hadn’t been many London attempts to mirror the type of appropriation common in the Big Apple. Take the methods and serve a refined version that earns foodie reviews like for the Zagats of the world. 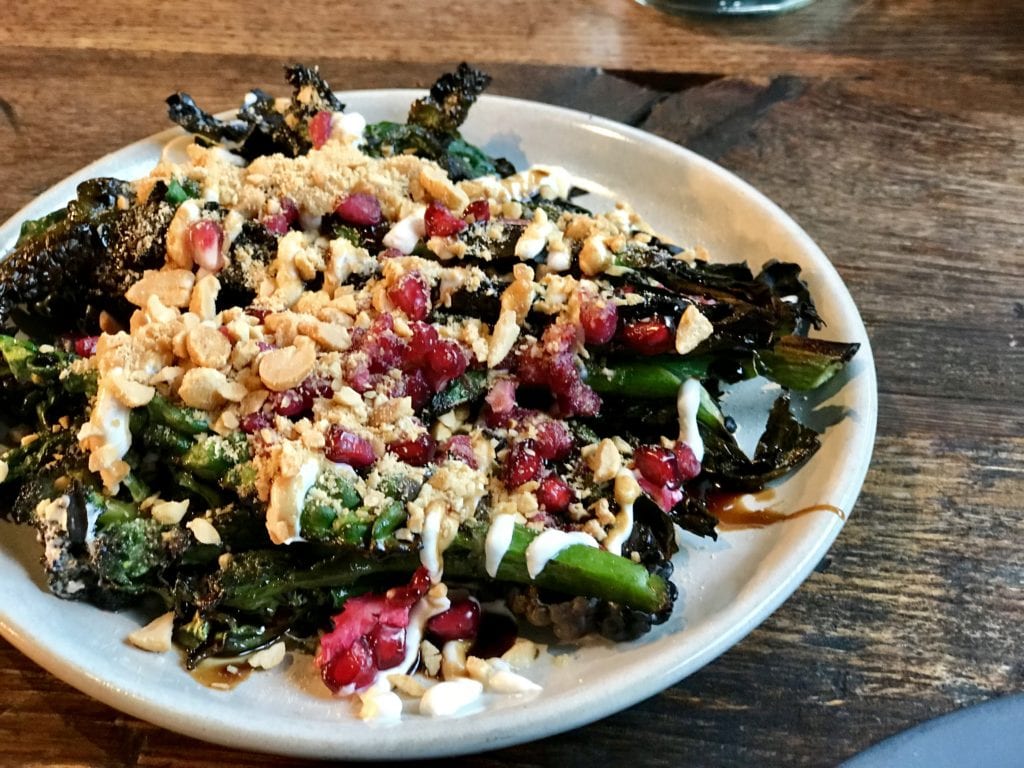 Smokestak isn’t looking to give you a tray with 10 things merging together into a near graveyard of protein. Rather there’s a (you guessed it) almost small plate concept. Some things may come on a jaunty bit of tin but that’s for aesthetic only. You’re expected to decant it to your decidedly wobbly and flimsy plate. (The plates were really a point of great upset for the table).

Despite the need to play friendly with your table mates, there are options here that warrant it. Those looking for the usual tenants, like fries, for example, will be found glum. The menu reads more like a number of other London hotspots thrown through a barn dance. I see mackerel, miso, goats cheese, and crudo. But there’s also beef molasses, brisket and pigs jowl. I hate to call it fusion but I imagine David Chang is giving an approving nod.

Service is Sunday laid back, waiting for an age to order drinks. I guess it gives time for the colour to come back to our cheeks before we order. Mainly just listing things that make our post-St. Patricks Day head’s swoon. When two ‘brisket bun, pickled red chilli’ are ordered (large version), you know you’re ordering for need.

The plates come thick and fast. When I say sharing, there is no rhyme or reason to what unfolds. Charred greens, tahini, pomegranate and peanut comes first, as if a starter. It’s fortunate though because it allows us to gawp at the beauty of the winter veg. Like a forest buried beneath the snow and debris, it’s the most inviting veg you’ll see this March. It’s quickly joined by those buns, two trays of brisket, some potato ramekins and an ox cheek number. 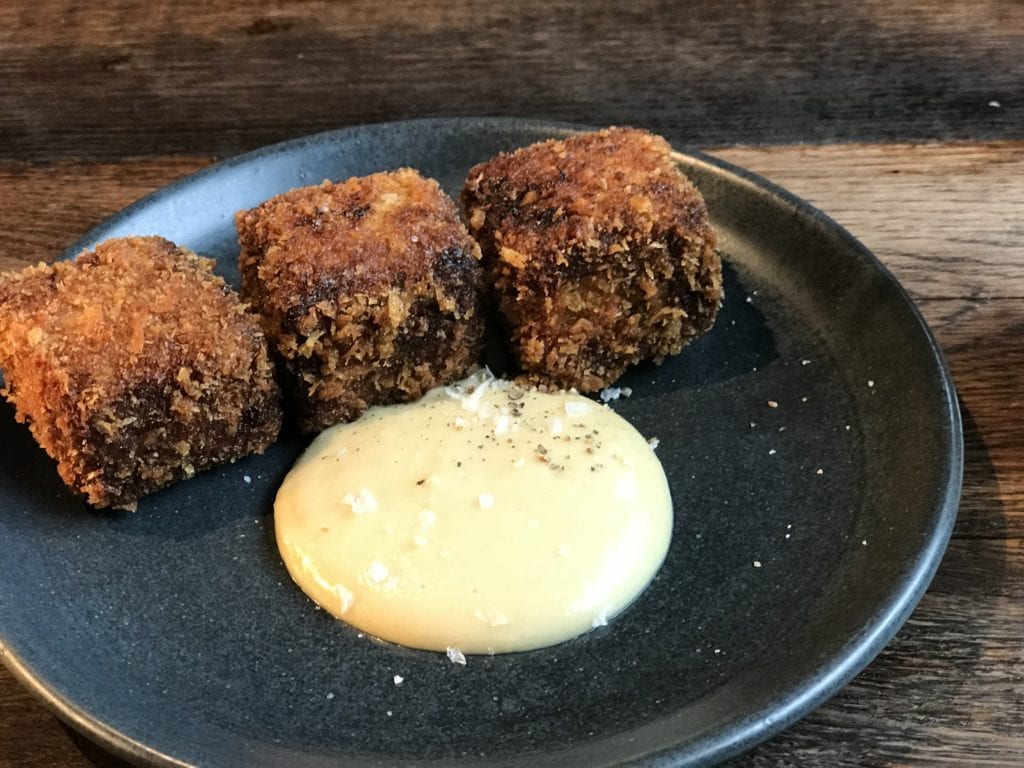 H-Ox-ton and Down – Crispy Ox Cheek and Anchovy Mayo

The buns have a sheen across the top of the bread from the meat escaping out of each side. It’s like someone ordered the main brisket and decided they didn’t have time to bother with cutlery. The ox cheek cubes are near perfectly symmetrical cubes, golden brown and encroaching on a mound of anchovy mayo. They promise much and the saltiness of the mayo tangles with rich, sticky beef. Maybe the fat could render a little more, but its taste is glorious. These are second only to Bukowski’s old ‘puck nuggets’ when it comes to fried things. You suspect that these are best shared, for the belt buckles sake.

The nominal ‘sides’ have had equal attention paid to them. The greens are charred to the point of bitter crunch with a freshness from each burst of pomegranate. The small pots of half mashed potatoes are laced with cheese and butter. It’s the best part of a cottage pie, ie. the top. They could be served at your family table but that’s the joy. They’re fought over and loved, like mum’s cooking. They stick a middle finger up at the cold and the snow and give you a cuddle.

The main event? Well you can’t call yourself a BBQ restaurant without putting brisket on the menu, can you? We avoided the whole brisket for the table, at £150 an order. I imagine it’s sizable, as it comes with the promise of takeaway boxes. Instead, two trays come, like prison feeding time, but what’s on them looks innocent enough. Two slices of juicy brisket, a mustard-coloured pool and a handful of chilli circles. Like all good BBQ, there’s little way to dress up the appearance.

The meat is tender, rich with a smoky tang and charred outside giving a good sweet crust. The fat is something to be savoured, like butter that dissolves against the meat. The mustard slick is equal parts the taste of dijon warmth and a sticky, South Carolina-style sweetness. To those used to other London BBQ joints, the meat is served tepid and maybe that’s a turn-off, but the flavour is there in bags. 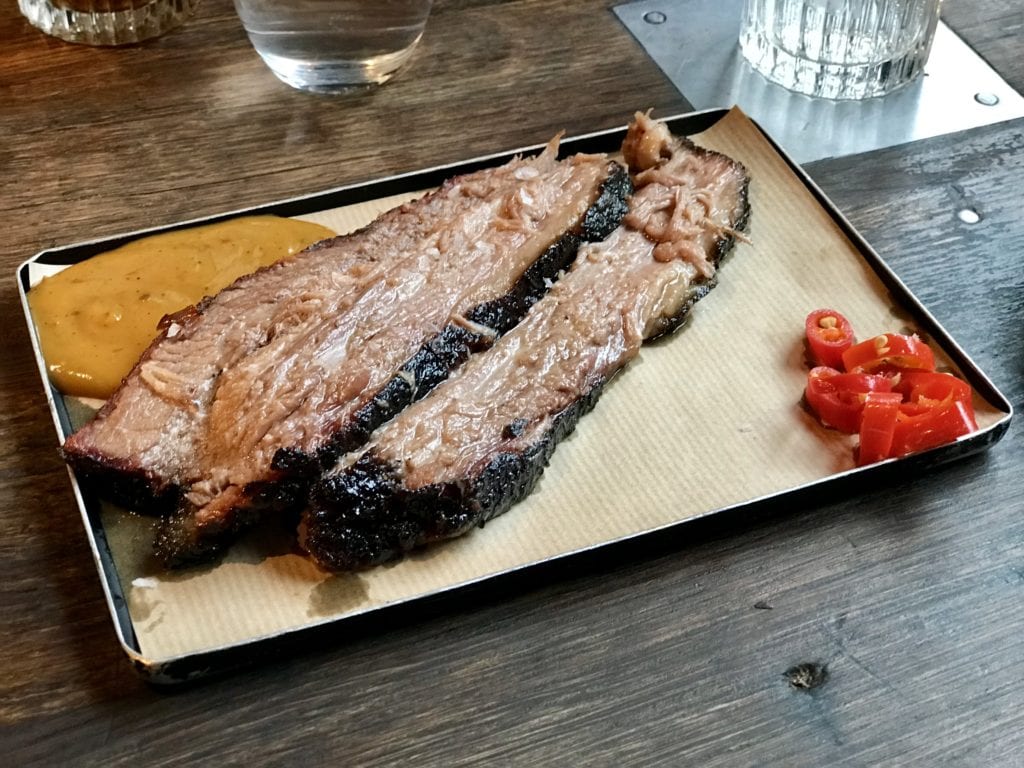 This may be refined BBQ but the soul is still there. This is still ‘put meat on your bones, with meat on bones’ food. Picking and sharing actually brings out a good side of BBQ food. Instead of shovelling down and forgetting, you savour and pick out individual subtleties. Not everything is a hit, but it’s a welcome change of pace.

The bill is easily manageable with small plates £5-6 and larger ones £8-12. It’s hard not to see this as a good spot for a catch-up, stealing mouthfuls from each other’s orders. Service may be slower than the cooking but it’s an atmosphere to savour for the most part.

Staring out of the industrial windows that have been purposefully ‘decayed’. Exposed lighting shimmering behind you, as the snow falls outside. It’s difficult not to imagine yourself trapped in a Dicken’s novel. An impoverished London factory worker, staring out into the bleak East London blizzard. You can only imagine they had inferior catering.

A refined import of US BBQ

Smokestak nails the East London gritty, urban vibe whilst serving up great twists on traditional BBQ food. Taking a more polished approach to other meat-feast style offerings, the food is imaginatively thought up and intensely satisfying. Just like all good Southern US food. 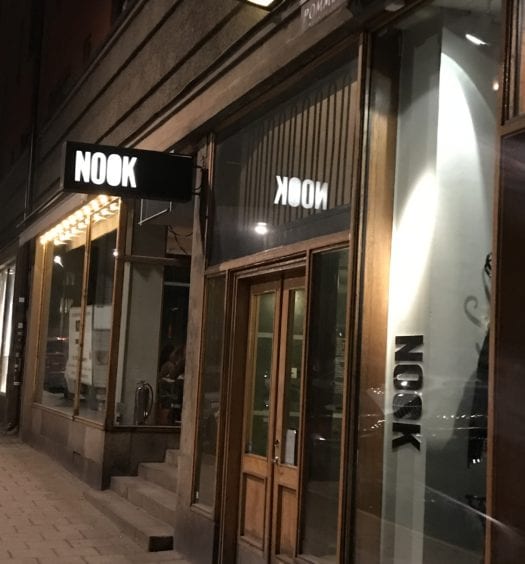 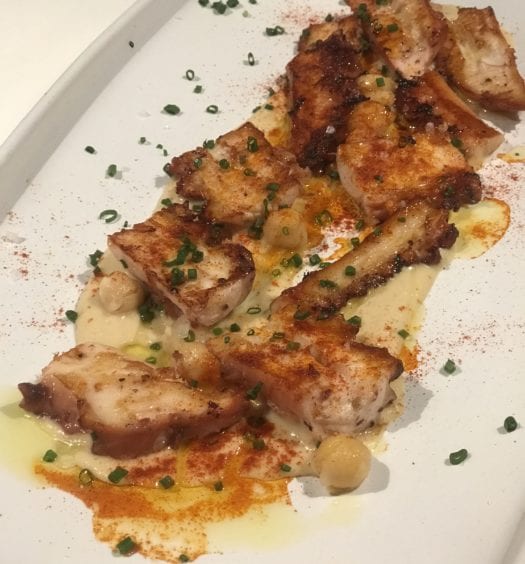