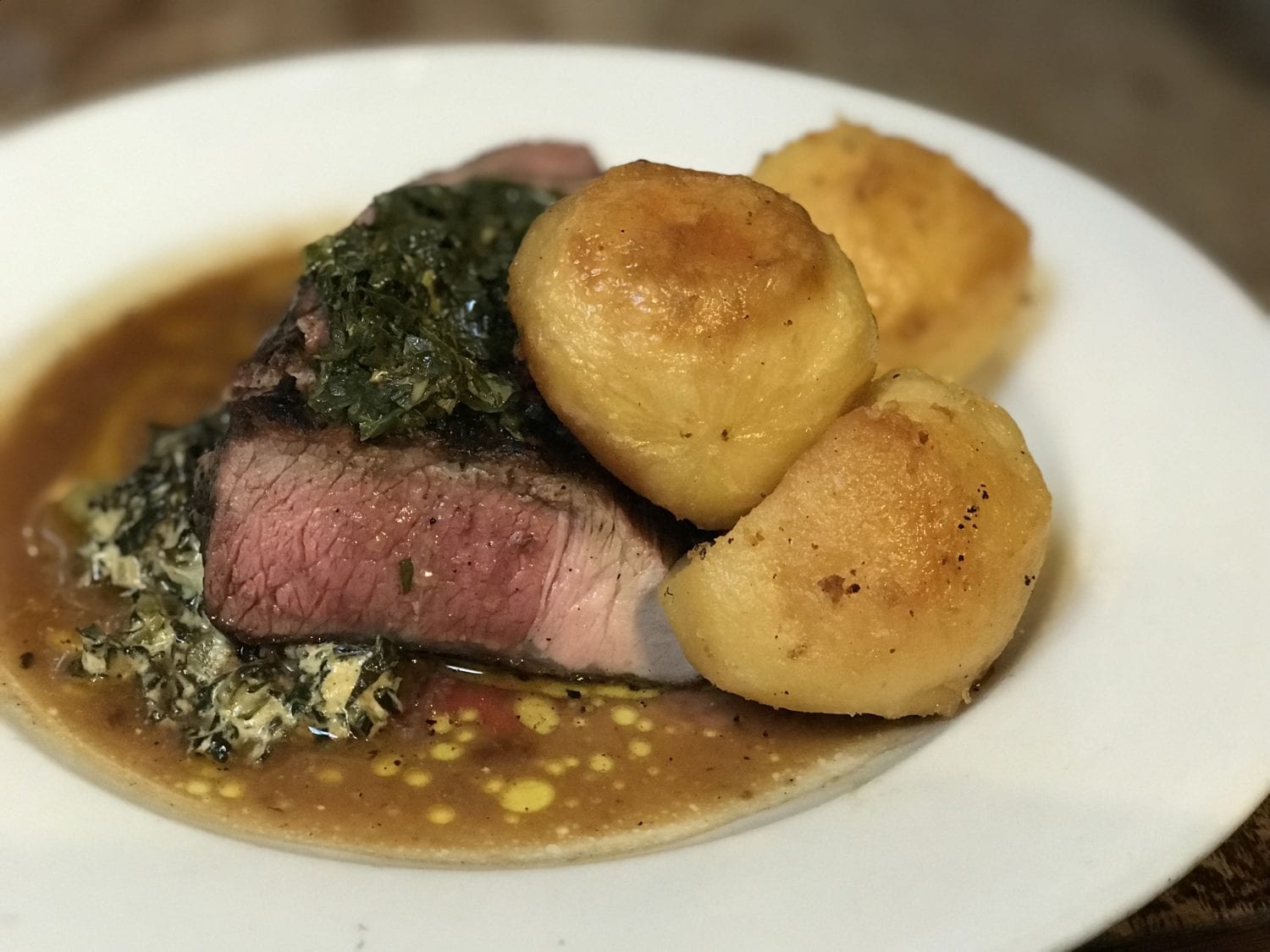 Years and Roasts Gone By

Another year old, arguably none the wiser. I guess a birthday typically provides us a chance to sit and reflect on where we’ve reached in life to date. To ruminate on who we’ve become, with the people who have supported and loved us through those times. I’ve always felt like we’re meant to take stock and ultimately, reassure ourselves that all the muddling through is working.

It’s not that I’m one to pause for air between running between the ‘to do list’ items, too often, but maybe this is it. I’m now 31. I’m what ten-year-old me thought of as an old man. Not quite ‘sans eyes, sans teeth’, but maybe past being a gallivanting, reckless youth.

Nah, who am I kidding, we got monumentally drunk and acted like fools. We’re old enough to know better, wise enough to not listen. But, as the saying goes around tomatoes being fruit but not fit for a fruit salad, that wisdom helps us to prepare accordingly.

So seasonally accompanied by more than one zombie, we just about managed to reach our reservation at the Camberwell Arms. The table wasn’t ready on time, but then, neither were we. Between here and the old pub decor at the Canton Arms, maybe my age really is starting to show. Maybe the new me just wants to sit in a chair by the fire and grumble. Maybe that’s always been me. You may recognise the same South-of-the-river clientele from its sister restaurant in Stockwell (and Frank’s Cafe/Rooftop). If old time pub is now hip, maybe we’ll be alright after all. 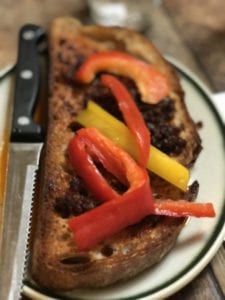 One Bite and You’re Toast – Pork Fat and Scotch Bonnet Chilli on Toast.

The table may have been delayed but you can’t help but suspect it may be due to some of the gaps in service. Waiting for a drink or for our order to be taken seems to slip by like the sands of time. Everyone’s very friendly but maybe overstretched today, much like our table member’s mental states.

The concept (there’s always a concept)? Yes, there are small plates, but also medium and large plates. The design, we’re told, is to share and dig in as things come. I guess, they’re looking to recreate the fine line between sharing and fighting that Sundays invoked in my house. The small plates might be better described as breads ensconced with the spectrum of fats. Don’t run away, as we age we all get ensconced with fat. It’s the passage of time.

Scotch bonnet and pork fat entwined with peppers are reminiscent of nduja, the fiery sausage. Appearances can be deceiving. Like good bruschetta, it’s unassuming, like you might be able to quickly knock up a batch yourself. In eating, it’s mouth-coating and tongue-tingling. 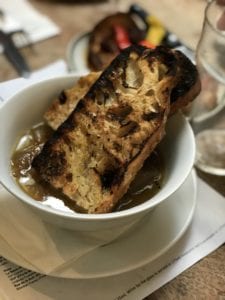 Red beer onions come as a gooey, unctuous mess. A slice of toasted focaccia sticking out at right angles, like a spade in quicksand. It’s a thicker take on French onion soup; sticky and sweet. The smell is a reminder of burger trucks and football stadiums, fortunately, its taste it is a million miles removed.

On a Sunday it seems only fitting to skip the medium plates, however tempting gnocchi might be. Eschewing the usual beef order, the menu almost demands you venture a little off the beaten track. Had the table been bigger, there’s little chance the whole salt marsh shoulder of lamb wouldn’t have been ordered. I settle for its individual cousin – lamb rump.

It’s the daintiest presentation of a roast I’ve ever seen. A little uniform line of blushing rump, hiding an oozing mound of creamed greens. A little mint sauce cap and golden roasties that look like they were measured by an army sergeant. It doesn’t announce itself, it sneaks in through the window and catches you with a surprise tap on the shoulder. 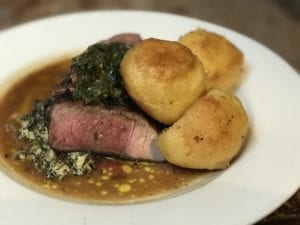 The lamb is tender and sweet and, far from diluting things, the creamed greens are well balanced with the richness heartwarming. The roast potatoes are crisp then fluffy, we’ve already covered how hard this can be. A side of buttered hispy cabbage is luxurious and proof that simple things will always win out.

Another option of the Dexter beef sirloin to share is a similar hue of rosy-cheek-cooked meat. The crisp of fat on the outside is buttery and tastes of the field. It defeats the two who have opted to share it, and it lasts a brief second before the rest of the table envelope it.

The Camberwell Arms has gained a reputation for one of the finest roasts in London, and it’s well earned. Maybe it’s slightly more refined than other local offerings. Less a scruffy, family affair and more a spittle-napkin wiped cheek of a lunch. There are also sharers to get stuck into like the Canton Arms; I’ll never forgive a friend for leaving before his half chicken arrived. It’s fair to say this is the smartening of some of the best of British Sunday cooking.

Over a beer at the next door pub, I drunkenly mutter out some of Two Roads. As I’ve aged, I’ve invariably looked at what I’ve achieved, where I am as a person. I’ve reflected on the choices that I’ve made, the good and the bad. The people that have come and gone and stayed. The meals I’ve eaten and the ones I’ve even sent back. The moments to stop and think have become few and far between, and that ‘has made all the difference’.

Refined take on the British Roast

Despite some patchy service, The Camberwell Arms serves up a great Sunday Roast in a laid-back atmosphere. Similar to sister restaurant The Canton Arms, this is a brilliant exhibit of great British food with a refined touch. 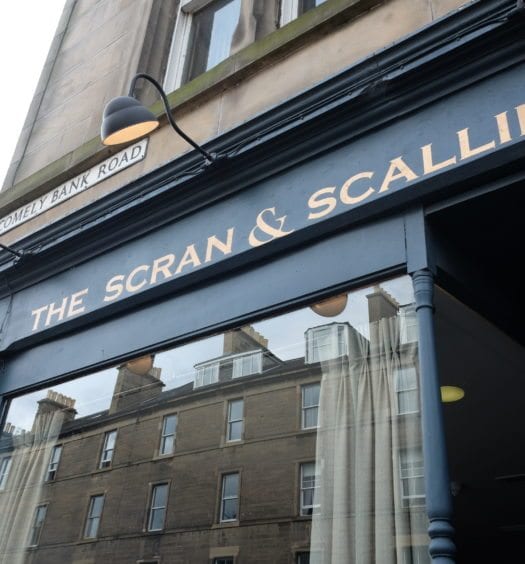 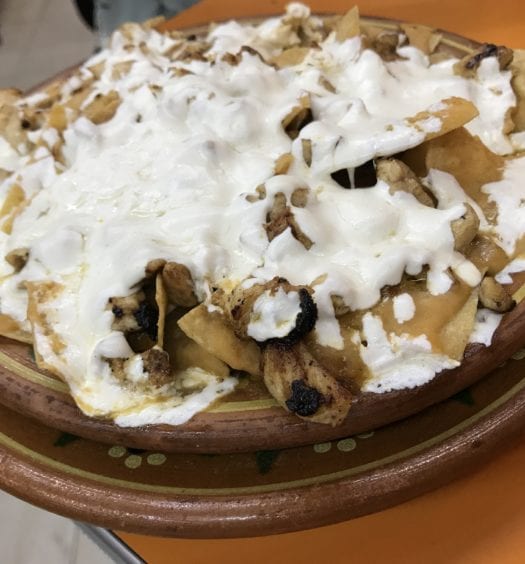