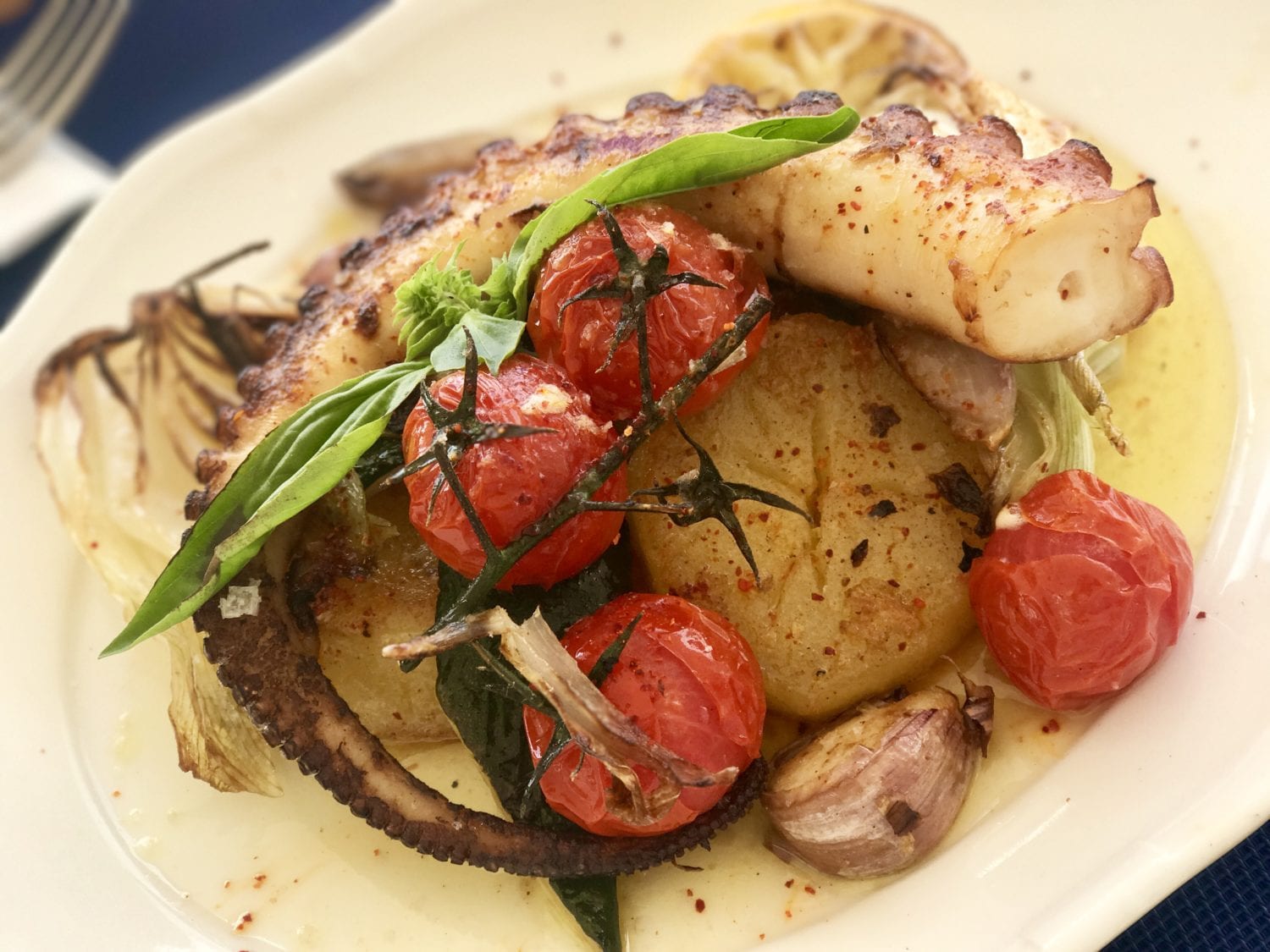 Out of the Plaja into the Plancha - Grilled Octopus
RestaurantsIbiza

Life is a Beach

It’s often claimed that there’s more to the Ibiza than just partying from noon till dawn. It’s just maybe that many visitors between the bays on the southern side of the isle aren’t really aiming to find it. There are the sunset panorams of San Antoni de Portmany’s Suset Strip, waking up previously passed out late aged teens. And then there’s the constant all-day partys of Playa d’en Bossa.

Experimental Beach essentially tries to prove that it can deliver something for everyone. Its location is well within earshot of popular clubbing destination DC10 and a mere 10-minute taxi ride from Playa d’en Bossa’s main strip. The final 5 minutes of that drive are snaking down a path seemingly to nowhere. Your view out is across almost Cornwall-like, stoned banks of the surrounding water. Just when you feel like you must have taken a wrong turn, you pull up to an inauspicious entrance.

Unlike some other Ibiza ‘beach bars’, Experimental Beach really nails the easy-going vibe of a true beach bar, whilst seeking to refine it slightly. There’s a large decking area for hungry diners facing the beach that has more laid-back seating for those with weary heads and glitter stained faces. People casually walk up from the beach as we eat like a real beach bar, I’m just still not really sure where they came from.

It’s instantly Instagram-able, if that’s even a word. You’ll feel like you’ve been here before from endless sunset shots. The metal sculpture of an outreached body against an iron spike a familiar calling card. Less famous than Café Mambo or Café del Mar on the sunset strip, but more beautiful by far. This is Ibiza for adults, albeit adults who have come for a good time, not a long time.

The Belza promises to fulfil the needs of even the most jaded. Gin is mixed with the orange blossom water, pink peppercorn, green tea, pineapple and cucumber. It’s picture book pretty, like a grown-up slush puppy. At 14 Euro, the cocktails need to be pitch perfect and this doesn’t put a foot wrong. Equal parts refreshing, wholesome and zingy from lime and pineapple. It’s like someone dancing the tango in an English Garden.

The food shows equal promise, with small sharing plates for those looking for more of an extended beach stay. There are more robust options for those who this is the only meal of the day. It’s become a tenant of Ibiza trips that you should eat now because there might not be another one. So, we opt for sampling both sides.

Perfectly-lined, golden-crumbed prawns come in a row, stood to attention. They look like they’re expectantly ready to bathe in the accompanying tomato dip. The prawns are perfect, a satisfying crunch giving to soft, plump prawn meat. The dip, however, fails to hold up its end, lacking any real depth of flavour. The same cannot be said of the summer rolls, which are light and vibrant with an Asian dipping sauce that’s sticky-sweet and salty. It lovingly coddles the rolls in the perfect contrast. 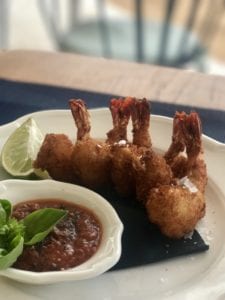 Anyone who’s been following along knows of my octopus experience at the brilliant Hartwood in Tulum. The bittersweet experience leaving me with an aching memory of how things could be. In an ode to that wonderful selection, I opted to see if the White Isle could provide a similar memory.

Experimental Beach’s offering comes atop a grouping of roasted garlic, onion, potatoes and vine tomatoes. Prominently splayed like a charred elephant’s tusk. It’s delicately cooked and well-seasoned with roasted lemon and garlic. It perhaps lacks the caramelised char of Hartwood’s but that level of teeth-sticking greatness is rare. It’s none-the-less excellent and the potatoes are almost confit as they ooze with cooking liquor.

The steak options are equal with a real crust surrounding delicate tender meat with a decent marbling of fat. The satisfied face opposite me struggles with words for more than a few moments, telling me all I need to know. It would have been nice to know that wedges weren’t a needed side but I can’t remember attempting to complain.

Out of the Plaja into the Plancha – Grilled Octopus

Mains aren’t cheap, pretty much all topping the 25 Euro mark. Meaning this is not necessarily somewhere to come if you’re still nursing your wallet from 15 Euro mojitos at Ushuaia. The food and the view out across the water do, however, more than stack up to the other high-end Ibiza options. Unfortunately, this is not a cheap island. Service is equally attentive whilst keeping with the easy-going stylings. You feel they’ve seen more than their fair share of morning-after stories.

If Experimental Beach really was an experiment it very much feels like it would be a carefully calculated one. For some, spraying bottles of champagne over each other or bottle service on a highly visible sunbed will always be ‘worth it’. Others will opt for Café Mambo etc on the Sunset Strip to start another night. For the wandering foodie, looking for something less in your face, Experimental Beach is here to give you a fist bump.

So, keep your TOWIE stars and Veuve. Give me two more Belza’s and let me watch the sunset in peace.

A Laid Back Alternative to All Day Partying

A simple appearing menu belies some excellent produce and beautiful views. With a cocktail menu that’s as interesting as it is refreshing for your addled mind, Experimental Beach is an essential visit showing Ibiza can care for the foodie as much as the raver. 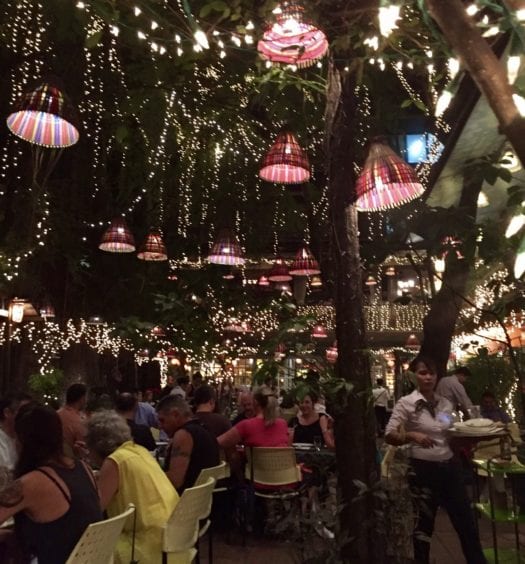 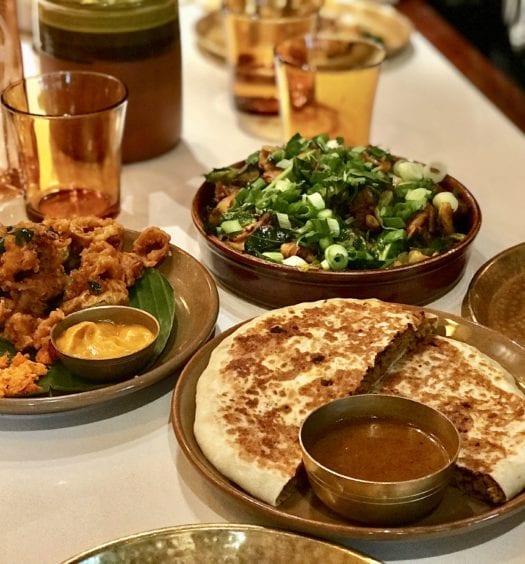