An Implant in London - Burrata and olive
London LifeRestaurants

If all the worlds a stage, and we all merely players playing our part, then the least we can do is be well fed. Maybe a little poetic license, but on that note, my former housemate and I find ourselves sauntering up a giant elephant tusk of a staircase in The Other Palace in Victoria to see another Brixton export – The Other Naughty Piglet.

Brixton food is doing quite well for itself with former residents like ex-Pop BrixtonKricket upping sticks and finding success in Soho. Kricket has found itself so popular, it’s even making its way back home! So Andrew Lloyd-Webber has decided to bring the intimate Naughty Piglets’ small plates and extensive wine list to this slightly larger, more theatrical setting. 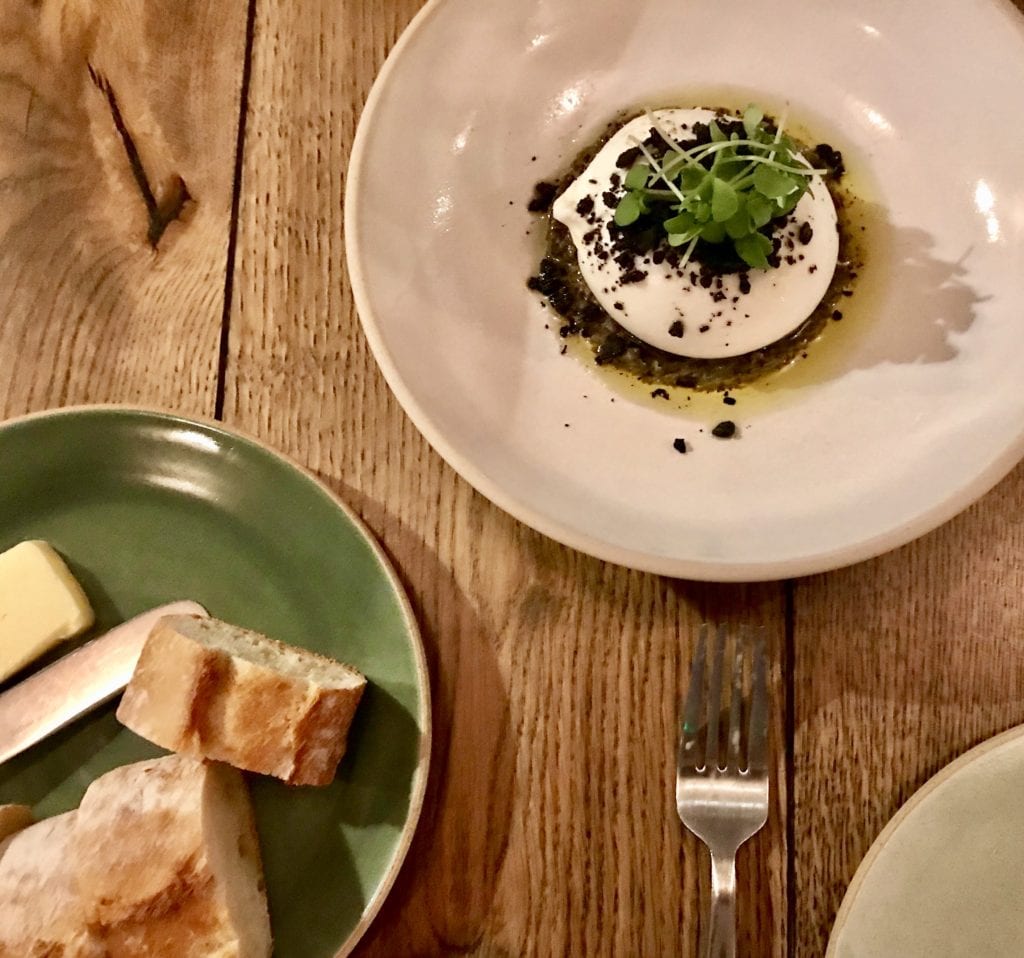 An Implant in London – Burrata and olive

Housed above the main concourse of the theatre, it shares one thing in common with the stalls below, it’s deathly quiet. It may be Tuesday, but it’s a reasonable hour and this is London after all. Nevertheless, the menu holds the promise of similar standards to the South London cubby hole.

Like a cast member demanding his line, I find myself shouting ‘bring me burrata’! Pleasingly, unlike the pulled apart version at The Camberwell Arms recently, this is a wobbling, jiggling, breast implant of a cheese. Pamela Anderson would be very proud. Some pipettes of Black olive and oil scattered across but it remains a soliloquy of deeply indulgent, oozing and creamy cheese. Scooped high on some crisp baguette, it’s proof that there’s beauty in simplicity.

It’s a highlight. Other dishes range from similarly exciting to slightly underwhelming. Ham croquettes are crisp on the outside but gooey and escaping once you take a bite. Gone too quickly, you (ok, I) could demolish a tray full. Grilled pear with artichoke, hazelnuts and blue cheese is an artful take on a Waldorf salad. A large orb of fruit cleansing away salty, rich blue cheese. It’s enjoyable but maybe not quite a leading part.

The more ‘mains’–style plates fail to wow, however. Beef short rib, carrots and onions sounds understated and, unfortunately, there’s every reason. It looks pretty enough to be the leading lady, and sometimes much-loved characters play the hits and warm the heart. Here, it feels slightly more like phoning it in. It’s sticky and well rendered for the most part but unmemorable. It’s a shame as you look for a more exciting plot twist this late in the script. 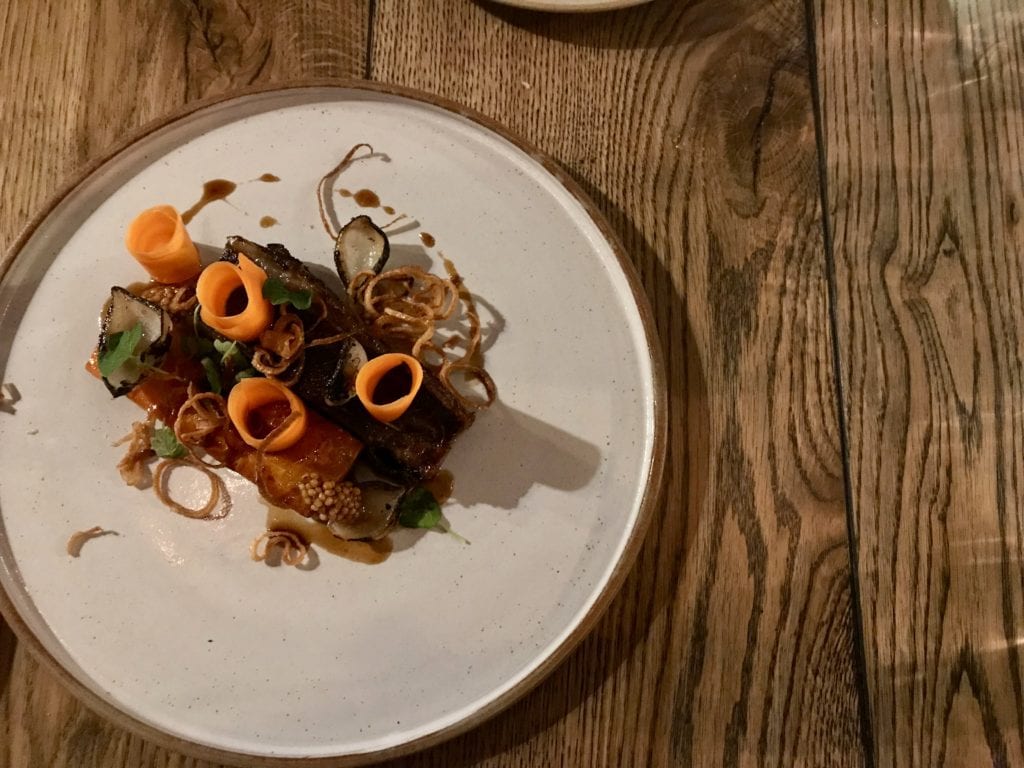 All good plays should have a beginning, middle and an end, similar to most good meals. The end here comes before dessert as rather more than anyone’s fair share of wine has been consumed on a Tuesday. And that’s kind of the problem. It might be Tuesday but the buzz and intimacy of the Brixton original are nowhere to be found. The food is great but the stage is more off-Fringe than Broadway. It’s neither central London hubbub nor local hidden gem. You want it to succeed for food’s sake, but on this evidence, the imagined overheads are going to be tough.

As we leave, I feel like a jaded, film bore. It’s difficult to not think that the original was better.

Some of the stylings and good cooking from the original remain but little of the heart and charm. If you’re looking to pair your theatre trip with some decent small plates then The Other Naughty Piglets is worth a visit, for other hungry mouths there are other options that capture London’s buzz better.